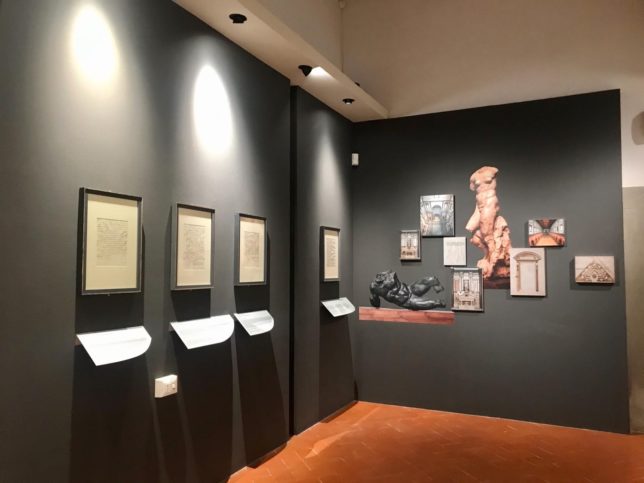 After visiting the Basilica of Santa Croce, visitors can find Casa Buonarroti not far away, and easily accessible. The experience of Casa Buonarroti feels more personal, quiet, and private to the many other Florentine locations that are home to some of Michelangelo’s great works. There are no hordes of tourists, long lines, or security watching every move; instead, it is an intimate space and experience. This space is unique because it not only tells an exhaustive story of Michelangelo, but it also includes details of his family and their recognition that his talents needed a place for appreciation. Casa Buonarroti is still reminiscent of the home that it once was but serves as a monument to Michelangelo’s creative life.

Michelangelo was known not to want his preparatory work seen by anyone. Wanting to be remembered as a perfect artist, he believed anything alluding to the opposite should be destroyed to protect his reputation. While living in Florence, his nephew preserved as much art as he could. However, after his death in 1564, it was given to Cosimo I to earn status and recognition. Thankfully, his great-nephew Michelangelo Buonarroti the Younger, began to collect back his works and started the transformation of Casa Buonarroti. He commissioned multiple murals inside the house to honor and treasure Michelangelo’s life, and works of art still kept in his possession. After a rocky history of Michelangelo’s art being removed and disbursed again, Casa Buonarroti became a museum in 1858. For the time between 1960-1975, the drawings went to the Uffizi for proper restoration and then returned to their home.

The layout of the museum is simple to follow and flows throughout. The first floor is dedicated to a temporary exhibition space that is now hosting Michelangelo e i Medici attraverso le carte dell’Archivio Buonarroti, an exhibition dedicated to showing the relationship between Michelangelo and his commissioners, the Medici family. There is something special about these behind the scenes encounters. The letters display the precedent to the masterpiece and allow the viewer to become a part of the dialogue. The only downfall of this exhibit for international visitors is that all the labels are in Italian. Still, it does not take away the feeling of awe when seeing these dated documents between notable Renaissance figures. 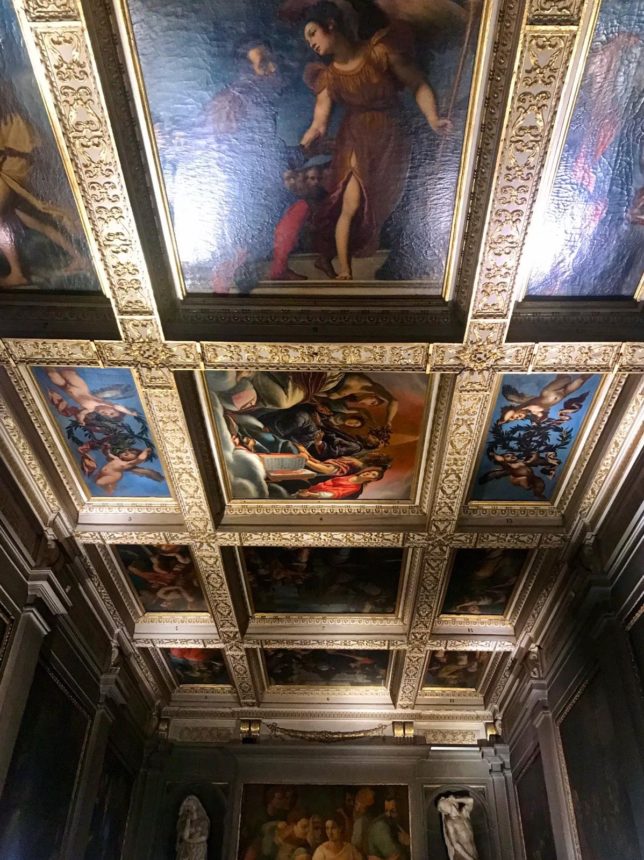 The remainder of the first floor houses the archaeological room, Buonarroti Family Collections, and a collection on the derivations of Michelangelo, which is interesting to see his influential ideas on artists during the sixteenth century. Excluding the temporary exhibition space, the first floor begins including English labels to help viewers who are not familiar with Italian.

The upstairs of Casa Buonarroti houses the majority of the collection on display with rooms dedicated to his drawings, models, the studio that was created by Michelangelo the Younger, and other elaborately decorated spaces. Since the second floor is the permanent collection, there are some labels in English for international viewers. Some of the prized pieces that Casa Buonarroti are proud to have are the two relief works done early by Michelangelo, Madonna della Scala and Battle of the Centaurs. They are both located in the same room, which allows the viewer to compare the two works easily. Like most of the collection, the sculptures are behind a sheet of glass, which enables the viewer to see the process work and see how Michelangelo thought out his figures.

Casa Buonarroti has a unique presence in the city of Florence. The museum space is different from what Michelangelo’s art is traditionally shown in, providing the viewer with an intimate relationship with him and his legacy. While visiting the Santa Croce area, take the time to stop by Casa Buonarroti and enjoy learning about the family’s life, dedication to collecting, and their admiration for their monumental ancestor.